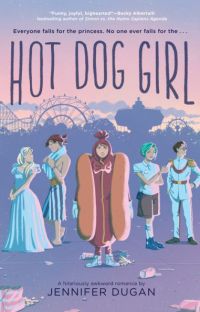 Elouise (Lou) Parker is determined to have the absolute best, most impossibly epic summer of her life. There are just a few things standing in her way:

* She’s landed a job at Magic Castle Playland . . . as a giant dancing hot dog.
* Her crush, the dreamy Diving Pirate Nick, already has a girlfriend, who is literally the Princess of the park. But Lou’s never liked anyone, guy or otherwise, this much before, and now she wants a chance at her own happily ever after.
* Her best friend, Seeley, the carousel operator, who’s always been up for anything, suddenly isn’t when it comes to Lou’s quest to set her up with the perfect girl or Lou’s scheme to get close to Nick.
* And it turns out that this will be their last summer at Magic Castle Playland–ever–unless she can find a way to stop it from closing.

Her Royal Highness by Rachel Hawkins 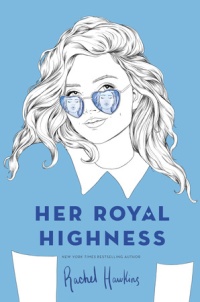 Millie Quint is devastated when she discovers that her sort-of-best friend/sort-of-girlfriend has been kissing someone else. And because Millie cannot stand the thought of confronting her ex every day, she decides to apply for scholarships to boarding schools . . . the farther from Houston the better.

Millie can’t believe her luck when she’s accepted into one of the world’s most exclusive schools, located in the rolling highlands of Scotland. Everything about Scotland is different: the country is misty and green; the school is gorgeous, and the students think Americans are cute.

The only problem: Mille’s roommate Flora is a total princess.

At first, the girls can barely stand each other–Flora is both high-class and high-key–but before Millie knows it, she has another sort-of-best-friend/sort-of-girlfriend. Even though Princess Flora could be a new chapter in her love life, Millie knows the chances of happily ever afters are slim . . . after all, real life isn’t a fairy tale . . . or is it? 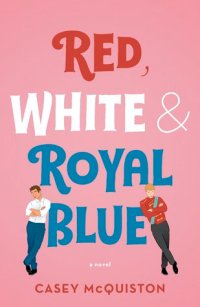 First Son Alex Claremont-Diaz is the closest thing to a prince this side of the Atlantic. With his intrepid sister and the Veep’s genius granddaughter, they’re the White House Trio, a beautiful millennial marketing strategy for his mother, President Ellen Claremont. International socialite duties do have downsides—namely, when photos of a confrontation with his longtime nemesis Prince Henry at a royal wedding leak to the tabloids and threaten American/British relations.

The plan for damage control: staging a fake friendship between the First Son and the Prince. Alex is busy enough handling his mother’s bloodthirsty opponents and his own political ambitions without an uptight royal slowing him down. But beneath Henry’s Prince Charming veneer, there’s a soft-hearted eccentric with a dry sense of humor and more than one ghost haunting him.

As President Claremont kicks off her reelection bid, Alex finds himself hurtling into a secret relationship with Henry that could derail the campaign and upend two nations. And Henry throws everything into question for Alex, an impulsive, charming guy who thought he knew everything: What is worth the sacrifice? How do you do all the good you can do? And, most importantly, how will history remember you? 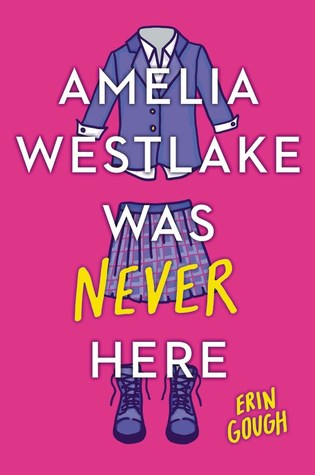 A fiercely funny, queer romantic comedy about two girls who can’t stand each other, but join forces in a grand feminist hoax to expose harassment and inequality at their elite private school.

Harriet Price is the perfect student: wealthy, smart, over-achieving. Will Everhart, on the other hand, is a troublemaker who’s never met an injustice she didn’t fight. When their swim coach’s inappropriate behavior is swept under the rug, the unlikely duo reluctantly team up to expose his misdeeds, pulling provocative pranks and creating the instantly legendary Amelia Westlake–an imaginary student who helps right the many wrongs of their privileged institution. But as tensions burn throughout their school–who is Amelia Westlake?–and between Harriet and Will, how long can they keep their secret? How far will they go to make a difference? And when will they realize they’re falling for each other?

Award-winning author Erin Gough’s Amelia Westlake Was Never Here is a funny, smart, and all-too-timely story of girls fighting back against power and privilege–and finding love while they’re at it.

Tell Me How You Really Feel by Aminah Mae Safi 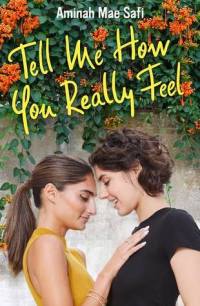 Sana Khan is a cheerleader and a straight A student. She’s the classic (somewhat obnoxious) overachiever determined to win.

Rachel Recht is a wannabe director who’s obsesssed with movies and ready to make her own masterpiece. As she’s casting her senior film project, she knows she’s found the perfect lead – Sana.

There’s only one problem. Rachel hates Sana. Rachel was the first girl Sana ever asked out, but Rachel thought it was a cruel prank and has detested Sana ever since.

Told in alternative viewpoints and inspired by classic romantic comedies, this engaging and edgy YA novel follows two strongwilled young women falling for each other despite themselves.

Technically, You Started It by Lana Wood Johnson

When a guy named Martin Nathaniel Munroe II texts you, it should be obvious who you’re talking to. Except there’s two of them (it’s a long story), and Haley thinks she’s talking to the one she doesn’t hate.

A question about a class project rapidly evolves into an all-consuming conversation. Haley finds that Martin is actually willing to listen to her weird facts and unusual obsessions, and Martin feels like Haley is the first person to really see who he is. Haley and Martin might be too awkward to hang out in real life, but over text, they’re becoming addicted to each other.

How to be Remy Cameron by Julian Winters (coming September 10) 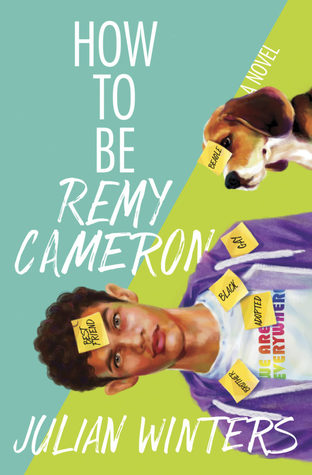 Everyone on campus knows Remy Cameron. He’s the out-and-gay, super-likable guy that people admire for his confidence. The only person who may not know Remy that well is Remy himself. So when he is assigned to write an essay describing himself, he goes on a journey to reconcile the labels that people have attached to him, and get to know the real Remy Cameron.