It’s the final release day of Pride 2016, and what better way to honor it than by buying some rainbow-y new books?

Now, I skipped last week because there weren’t enough new releases to speak of, so I’m gonna use this post to give a shoutout to one that did come out on the 21st, namely Due Diligence by Anna Zabo, one of the only female m/m authors I’ve ever rec’d to me by gay male reader in the industry:

Due Diligence by Anna Zabo 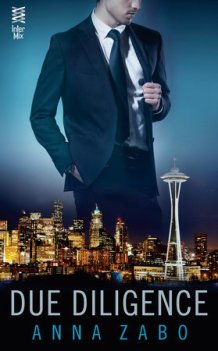 After Fazil Kurt breaks up with his girlfriend, a business trip to Seattle offers some much-needed time away. Sent by S.R. Anderson Consulting, Fazil is there to help audit Singularity Storage, a company they are trying to save. His first discovery is intriguing to say the least: One of Singularity’s engineers is Todd Douglas, Fazil’s first love.

He knows better than to get personally involved on a job like this. Back in high school, Todd broke Fazil’s heart more times than he could count, but both men have grown so much since then—and Fazil never could say no to Todd…

And now, for today’s releases! (Please note each title happens to have at least two POVs, one of which belongs to a non-hetero character.) 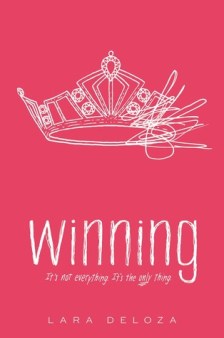 Whoever said being nice would get you to the top?

Certainly not Alexandra Miles. She isn’t nice, but she’s more than skilled at playing the part. She floats through the halls of Spencer High, effortlessly orchestrating the actions of everyone around her, making people bend to her whim without even noticing they’re doing it. She is the queen of Spencer High—and it’s time to make it official.

Alexandra has a goal, you see—Homecoming Queen. Her ambitions are far grander than her small town will allow, but homecoming is just the first step to achieving total domination. So when peppy, popular Erin Hewett moves to town and seems to have a real shot at the crown, Alexandra has to take action.

With the help of her trusted friend Sam, she devises her most devious plot yet. She’ll introduce an unexpected third competitor in the mix, one whose meteoric rise—and devastating fall—will destroy Erin’s chances once and for all. Alexandra can run a scheme like this in her sleep. What could possibly go wrong?

And I Darken by Kiersten White 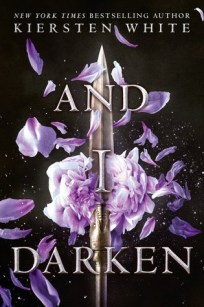 NO ONE EXPECTS A PRINCESS TO BE BRUTAL.

And Lada Dragwlya likes it that way. Ever since she and her gentle younger brother, Radu, were wrenched from their homeland of Wallachia and abandoned by their father to be raised in the Ottoman courts, Lada has known that being ruthless is the key to survival. She and Radu are doomed to act as pawns in a vicious game, an unseen sword hovering over their every move. For the lineage that makes them special also makes them targets.

Lada despises the Ottomans and bides her time, planning her vengeance for the day when she can return to Wallachia and claim her birthright. Radu longs only for a place where he feels safe. And when they meet Mehmed, the defiant and lonely son of the sultan, who’s expected to rule a nation, Radu feels that he’s made a true friend—and Lada wonders if she’s finally found someone worthy of her passion.

But Mehmed is heir to the very empire that Lada has sworn to fight against—and that Radu now considers home. Together, Lada, Radu, and Mehmed form a toxic triangle that strains the bonds of love and loyalty to the breaking point. 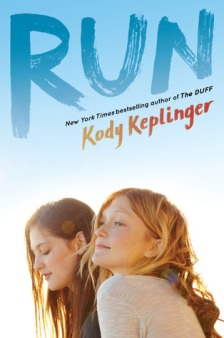 Bo Dickinson is a girl with a wild reputation, a deadbeat dad, and a mama who’s not exactly sober most of the time. Everyone in town knows the Dickinsons are a bad lot, but Bo doesn’t care what anyone thinks.

Agnes Atwood has never gone on a date, never even stayed out past ten, and never broken any of her parents’ overbearing rules. Rules that are meant to protect their legally blind daughter — protect her from what, Agnes isn’t quite sure.

Despite everything, Bo and Agnes become best friends. And it’s the sort of friendship that runs truer and deeper than anything else.

So when Bo shows up in the middle of the night, with police sirens wailing in the distance, desperate to get out of town, Agnes doesn’t hesitate to take off with her. But running away and not getting caught will require stealing a car, tracking down Bo’s dad, staying ahead of the authorities, and — worst of all — confronting some ugly secrets.