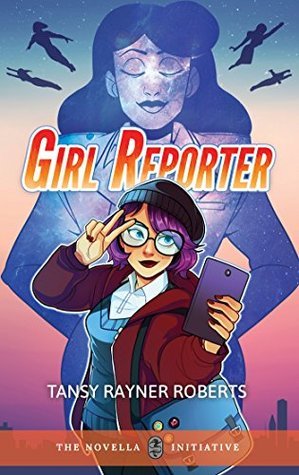 I’ve been thinking about LGBTQ superhero stories a lot lately, because a) I’ve been reading lots and they’re great, b) I’ve been writing one! But also c) the kids in my life have always loved superheroes and so I’ve spent a lot of their childhoods looking at how those stories are shaped, and what they offer in the way of crunchy, learning-to-human content.

I know for my daughters, some of their first introduction to queer fictional characters came through comics and other superhero narratives –and there’s a lot more of this around than when I was a teenager. I think the only LGBTQ characters I came across in comics before I was 20 was one unrequited kiss between Fire and Ice Maiden in Justice League America, and a brief passing mention from Tasmanian Devil that he was gay, dropped into the background of a comic about something else. I didn’t even learn about Blue Beetle/Booster Gold slash fiction until I was in my thirties. Talk about deprived!

Ahem. There’s some cool stuff out there now. Here are some of my favourite LGBTQ superhero stories across various media.

Young Avengers — still one of my favourite comic series, often held up as a shining example of queer representation. Volume I (2005-2012 told across several mini-series, check out this post for reading order) introduced the epic love story of Billy Kaplan and Teddy Altman, whose romance has survived superhero boot camp, space invasion, depression, and family drama (where one side of the in-laws are magical and/or supervillains and the others are intergalactic royalty from two warring alien races, holiday dinners are always awkward). The fact that they’re two boys in a romantic relationship has actually been the source of least conflict in their lives, which is refreshingly normal.

Which brings us to America, written by Gabby Rivera, a comic that launched in early 2017 and brought us Marvel’s first queer Latin-American character with her own series. The trade of the first story arc has just dropped and is absolutely worth grabbing!

Another Marvel comic often singled out for queer representation is Runaways (one of my daughter’s all-time favourites). The original run written and drawn by Brian K. Vaughan and Adrian Alphona (2003-2004) introduced a bunch of teens who go on the run after discovering their parents are supervillains. Karolina Dean’s identity as a lesbian was brought out quite gradually through the original comic (though her awesome rainbow light “costume” was a heavy hint, and her sexuality was later made more overt. She ended up in a serious romance with Xavin, a shapeshifting and gender-shifting alien.

There’s a new Runaways comic just started this year, written by Rainbow Rowell. I’m loving this trend of giving popular superhero comics franchises to established YA authors. There’s also a TV show coming out soon (finally) which will hopefully stick to the diversity of the comics – the fact that they cast a slender actress to play Gert means I’m not getting my hopes up, but we’ll see.

In TV superhero-land, our family has recently discovered Steven Universe, which has some wonderful queer representation including an unusual family structure. Steven, the son/reincarnation of a fallen alien superhero, lives with her three female teammates/best friends the Crystal Gems who are training and raising him along with his Dad. Steven’s entire foundation story is built on the narrative of women loving women, romantically as well as platonically. Steven himself identifies strongly with female heroes, often imagines himself as a woman, and sometimes forms a female ‘fusion’ with his best friend/love interest Connie.

We’ve also been watching Season 2 of Supergirl, which has had its ups and downs but did present us with a coming out storyline around Kara’s sister Alex, including a reasonably healthy (eventually) romantic relationship with Maggie Sawyer — a character often linked romantically in comics with Batwoman, one of the rare lesbian characters of the DC superhero universe.

My favourite Batwoman portrayal is in the DC Bombshells series by Marguerite Bennett, a World War II Alternate Universe which features only female superheroes. Here, Kate Kane is a baseball player in the women’s league as well as a vigilante crimefighter.

The series is wonderful precisely because it is an AU — so openly queer characters allowed to be happy despite the historical background, as well as having superhero adventures without male characters getting in the way. Harley Quinn/Poison Ivy appear along with dozens of other beloved DC women — including Wonder Woman, depicted for the first time in a relationship with a woman in an official DC title (she has since been officially acknowledged as bisexual in the main comics continuity — here’s hoping the movies follow suit!).

But what about fiction? Superhero YA fiction is really just starting to gain traction in the market with some fantastic releases over the last few years, including Gwenda Bond’s Lois Lane YA series, Shannon Hale’s Squirrel Girl, and C.B. Lee’s Sidekick series.

I really liked the supporting character of Bells (a shapeshifting trans teenager) in Not Your Sidekick (2016), and was delighted to see that the second book in the series, Not Your Villain (2017), featured him as protagonist since he was clearly getting up to all kinds of mischief when his best friend Jess wasn’t paying attention.

That one’s high up on my to-read list, as is Sovereign (2017), the second volume of the Nemesis series by April Daniels, which has a trans girl superhero as protagonist. In the first volume, Dreadnought (2016), I was deeply affected by Danny’s painful and at-times emotionally wringing story.

My favourite recent YA superhero story is still Superior by Jessica Lack, which was published by the Book Smugglers in 2016, as part of their Year of the Superhero. This fun story is a romance between a Jamie, a superhero intern and his counterpart Tad, intern to a supervillain. The classic set up of hero/villain romance works great with this story which is just so beautifully and cleverly written.

Though really, it’s worth checking out The Book Smugglers’ entire Year of the Superhero collection of stories, with a special shout-out for Hurricane Heels, a collection of “magical girl” superhero adventures, with f/f romance as well as friendship.

Superhero stories are a great way to tell stories about difference and diversity; so many of the classic tropes in the genre are about being outsiders, transition, metamorphosis, keeping secrets, the importance of teamwork and support systems, finding a new family, and perception vs reality. For a long time, superhero stories in the comics at least were so busy trying to distance themselves from being a ‘kiddie’ platform that they missed out on some great opportunities to bring in new readers and tell stories about young, new characters facing a superhero reality. Thankfully that’s in the past and some of the most interesting and successful superhero comics of the last decade or more have been about teenagers. I hope to see some new LGBTQ characters appearing in the superhero comics universes (and just as importantly, giving ongoing series and support to the characters who already exist, as happened this year with America and Iceman). But really, when it comes to superhero stories with influence, it’s the Marvel (and now DC) movieverse that needs to step up.

Where’s our Young Avengers movie? Why is Harley Quinn being stuck in a movie franchise with the Joker instead of Poison Ivy? Can Wonder Woman get a girlfriend in the sequel?

What are your favourite LGBTQ teen superheroes, and who would you like to get their own solo comics title or movie?

Tansy Rayner Roberts is a fantasy and science fiction author who lives in southern Tasmania, somewhere between the tall mountain with snow on it, and the beach that points towards Antarctica. You can hear Tansy ranting and raving about all things science fiction feminist on the Galactic Suburbia podcast, and all things Doctor Who on the Verity! podcast. She also reads her own stories on the Sheep Might Fly podcast.