Having adored The Love Interest, Cale Dietrich’s first speculative gay YA romance, I’m thrilled to have him on the site today revealing the cover of his long-awaited sophomore novel, The Friend Scheme, which releases from Feiwel & Friends/Macmillan on May 26, 2020! Here’s the story:

Part thriller, part romance, The Friend Scheme is another twisty #ownvoices YA novel from Cale Dietrich, author of The Love Interest.

Seventeen-year-old Matt is the son of one of the most powerful criminals in the world – and everyone expects him to follow in his father’s dark footsteps.

But his father’s world has never suited Matt. His desire for a different life grows when, one night, he meets a boy named Jason. Smart, chaotic, and as disinterested in a life of crime as Matt is, the pair quickly become friends. And when Jason comes out to him, Matt thinks they have a shot at becoming more than that, revealing a part of himself he has long repressed out of fear of his father.

As Matt and Jason’s connection grows deeper, Matt grows suspicious of his new friend’s motives. He really does seem like the perfect boy – maybe even too perfect, especially when he starts encouraging Matt to disclose details of his father’s empire. Now Matt must figure out if he can trust his new friend, or his father’s plans for him…and must decide if he can ever do the impossible and come clean about who he really is, and who he is meant to love.

And here’s the impossibly cool cover, designed by Katie Klimowicz with art by Meybis Ruiz Cruz! 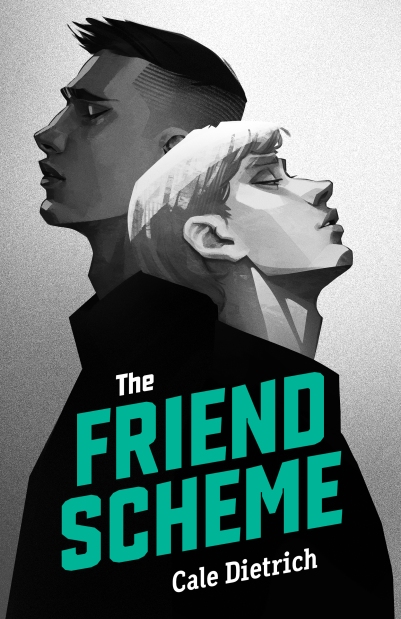 Cale Dietrich is a YA devotee, lifelong gamer, and tragic pop punk enthusiast. He was born in Perth, grew up on the Gold Coast, and now lives in Brisbane, Australia.