This is the first episode in a brand-new serial. You can also get it via the author’s Patreon. 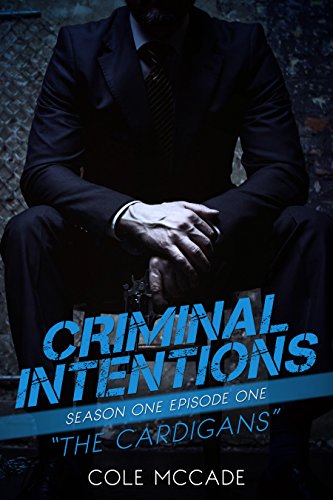 When a string of young queer men turn up dead in grisly murders, all signs point to the ex-boyfriend—but what should be an open-and-shut case is fraught with tension when BPD homicide detective Malcolm Khalaji joins up with a partner he never wanted. Rigid, ice-cold, and a stickler for the rules, Seong-Jae Yoon is a watchful presence whose obstinacy and unpredictability constantly remind Malcolm why he prefers to work alone. Seong-Jae may be stunningly attractive, a man who moves like a graceful, lethal bird of prey…but he’s as impossible to decipher as this case.

And if Malcolm doesn’t find the key to unravel both in time, another vulnerable young victim may end up dead.

Icy. Willful. Detached. Stubborn. Seong-Jae is all that and more, impossible to work with and headstrong enough to get them both killed…if they don’t kill each other first. Foxlike and sullen, Seong-Jae’s disdainful beauty conceals a smoldering and ferocious temper, and as he and Malcolm clash the sparks between them build until neither can tell the difference between loathing and desire.

But as bodies pile up at their feet a string of strange, seemingly unrelated murders takes a bizarre turn, leading them deeper and deeper into Baltimore’s criminal underworld. Every death carries a dangerous message, another in a trail of breadcrumbs that can only end in blood.

Malcolm and Seong-Jae must combine their wits against an unseen killer and trace the unsettling murders to their source. Together, they’ll descend the darkest pathways of a twisted mind—and discover just how deep the rabbit hole goes. And if they can’t learn to trust each other?

Neither will make it out alive.

This is the third and final book in the And I Darken series.

Haunted by the sacrifices he made in Constantinople, Radu is called back to the new capital. Mehmed is building an empire, becoming the sultan his people need. But Mehmed has a secret: as emperor, he is more powerful than ever . . . and desperately lonely. Does this mean Radu can finally have more with Mehmed . . . and would he even want it?

Lada’s rule of absolute justice has created a Wallachia free of crime. But Lada won’t rest until everyone knows that her country’s borders are inviolable. Determined to send a message of defiance, she has the bodies of Mehmed’s peace envoy delivered to him, leaving Radu and Mehmed with no choice. If Lada is allowed to continue, only death will prosper. They must go to war against the girl prince.

But Mehmed knows that he loves her. He understands her. She must lose to him so he can keep her safe. Radu alone fears that they are underestimating his sister’s indomitable will. Only by destroying everything that came before–including her relationships–can Lada truly build the country she wants.

Claim the throne. Demand the crown. Rule the world. 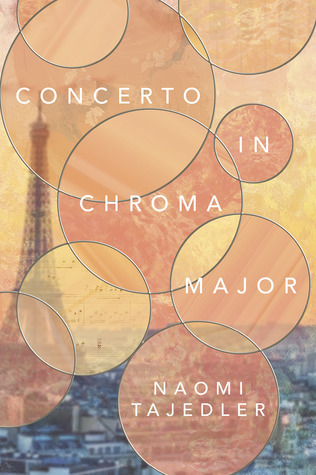 Alexandra Graff, a Californian living in Paris, is a stained-glass artist whose synesthesia gives her the ability to see sounds in the form of colors. When she’s commissioned to create glass panels for the new Philharmonie, she forms a special bond with the intriguing Halina Piotrowski, a famous Polish pianist. As their relationship develops, Alexandra shows Halina the beautiful images her music inspires. But when it comes to a lasting future together, will Halina’s fear of roots and commitment stand in the way?

Aisha Un-Haad would do anything for her family. When her brother contracts a plague, she knows her janitor’s salary isn’t enough to fund his treatment. So she volunteers to become a Scela, a mechanically enhanced soldier sworn to protect and serve the governing body of the Fleet, the collective of starships they call home. If Aisha can survive the harrowing modifications and earn an elite place in the Scela ranks, she may be able to save her brother.

Key Tanaka awakens in a Scela body with only hazy memories of her life before. She knows she’s from the privileged end of the Fleet, but she has no recollection of why she chose to give up a life of luxury to become a hulking cyborg soldier. If she can make it through the training, she might have a shot at recovering her missing past.

In a unit of new recruits vying for top placement, Aisha’s and Key’s paths collide, and the two must learn to work together–a tall order for girls from opposite ends of the Fleet. But a rebellion is stirring, pitting those who yearn for independence from the Fleet against a government struggling to maintain unity.

With violence brewing and dark secrets surfacing, Aisha and Key find themselves questioning their loyalties. They will have to put aside their differences, though, if they want to keep humanity from tearing itself apart.

Over And Over Again by Cole McCade (24th)

A ring of braided grass. A promise. Ten years of separation.

And memories of an innocent love with the power to last through time.

When Luca Ward was five years old, he swore he would love Imre Claybourne forever. Years later, that promise holds true—and when Luca finds himself shipped off to Imre’s North Yorkshire goat farm in disgrace, long-buried feelings flare back to life when he finds, in Imre, the same patiently stoic gentle giant he’d loved as a boy. The lines around Imre’s eyes may be deeper, the once-black night of his hair silvered to steel and stone…but he’s still the same slow-moving mountain of a man whose quiet-spoken warmth, gentle hands, and deep ties to his Roma heritage have always, to Luca, meant home.

Yet if Imre is everything Luca remembered, for Imre this hot-eyed, fey young man is nothing of the boy he knew. Gone is the child, replaced by a vivid man whose fettered spirit is spinning, searching for north, his heart a thing of wild sweet pure emotion that draws Imre into the compelling fire of Luca’s frustrated passions. That fragile heart means everything to Imre—and he’ll do anything to protect it.

Even if it means distancing himself, when the years between them are a chasm Imre doesn’t know how to cross.

But can he resist the allure in cat-green eyes when Luca places his trembling heart in Imre’s hands…and begs for his love, over and over again?