Witches of Ash and Ruin by E. Latimer (YA Bisexual Fantasy)

Just a little late for St. Patrick’s Day, this month’s Backlist Book of the Month is gay Irish Historical Fiction, set in 1915, the year preceding the Easter Uprising. At Swim, Two Boys by Jamie O’Neill was a massively lauded debut when it released in 2002, and it’s a serious “can’t miss” in queer Irish fiction. 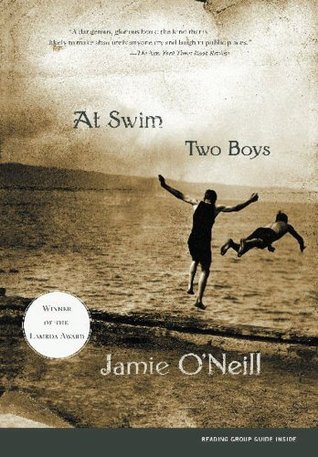 Jim Mack is a naïve young scholar and the son of a foolish, aspiring shopkeeper. Doyler Doyle is the rough-diamond son—revolutionary and blasphemous—of Mr. Mack’s old army pal. Out at the Forty Foot, that great jut of rock where gentlemen bathe in the nude, the two boys make a pact: Doyler will teach Jim to swim, and in a year, on Easter of 1916, they will swim to the distant beacon of Muglins Rock and claim that island for themselves. All the while Mr. Mack, who has grand plans for a corner shop empire, remains unaware of the depth of the boys’ burgeoning friendship and of the changing landscape of a nation.

The Book of Salt by Monique Truong (1929 Paris)

History of a Pleasure Seeker by Richard Mason (1907 Amsterdam)

While England Sleeps by David Leavitt (1930s London and Spain)*

*There are strong accusations that Leavitt plagiarized Stephen Spender’s life for this novel. You may also want to check out Spender’s autobiography, World Within World, which contains an afterword addressing the allegations.