A Matter of Disagreement (m/m) and Documenting Light (m/nb) by E.E. Ottoman

What it Looks Like by Matthew J. Metzger (m/m) 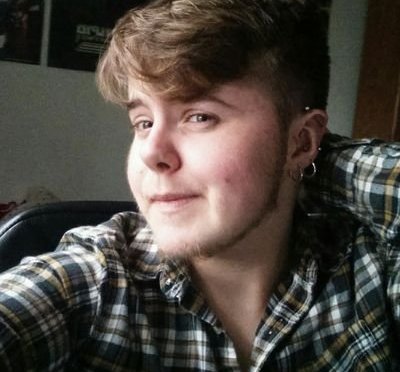 I am so excited today to welcome to the site Austin Chant, whose books probably get the biggest rec workout in the entirety of the LGBTQReads Tumblr. (That’s what happens when I get asked for trans m/m every day!) His newest release, Peter Darling, is all of two weeks old, and he’s here to share about it, tell us what comes next, and discuss trans lit rep in general!

We have to start with Peter Darling, and as much as I hate asking authors about their inspiration, I have to have to know how the idea of a trans Peter Pan assigned Wendy Darling at birth came to you, and what the process of writing that story was like. (And do you have any plans to retell any other works in the future?) 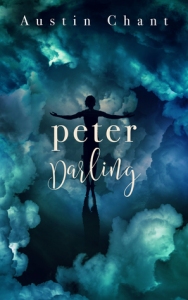 I wanted to write enemies-to-lovers, and I was really intrigued by the idea of an antagonistic-but-loving relationship between Hook and a grown-up Pan—but obviously at least one of them had to be trans, because that’s how I roll.

So I settled on trans Pan, and I wanted him to have come from a real place rather than being a mythical creature; I’m most interested in trans characters who feel like they live in the same world I do. I’ve always really liked Wendy Darling: the storyteller, the one who longs for family and responsibility but also falls in love with adventure and danger. Traditionally, Wendy balances Pan in an interesting but deeply gender-essentialist way. Having Peter be an amalgamation of them both, rather than having Wendy be Pan’s external conscience and foil, gave Peter a lot to wrestle with and intrigued me more than writing them as separate people.

Since Wendy is a storyteller, it made sense to me for Pan to be a character who Peter invented, who allowed him to take on a different name and identity. Pan is Peter’s fantasy self—a free, badass, cocky little bastard who only has happy thoughts. What made Peter interesting to me was the tension between his two worlds: the violent, toxic catharsis of Neverland versus the extreme repression of living as someone perceived as a woman and as a trans person in the early 1900s. His real personality is somewhere in between, but it’s complicated by the baggage from both sides.

At the time I started writing, I was frustrated with what I saw as a lack of empathy for trans folks newly coming into their identities, especially those who were struggling and not expressing themselves perfectly. I wanted to write a trans character who was in an incredibly difficult stage of coming out—letting go of abusive relationships—and was, as a result, kind of a human disaster. A big part of grounding his pain was making him someone who valued his family as much as the character of Wendy Darling traditionally does, but who was torn between that and his loyalty to himself. I wanted him to lash out and fuck up as Pan would, rather than being a martyr. We all deserve happy endings, and we ought to be allowed to struggle and make mistakes, especially when we’re dealing with intense pain and distress. Ultimately, it was really, really fun (and sometimes exhausting) to write a trans character with that much complexity and rage.

Someday I’m going to figure out a way to write a retelling of The Picture of Dorian Gray. There’s a lot of opportunity for queer rage there, too.

I am a totally-not-secret Coffee Boy fangirl, and like other readers, I definitely wanted more! What made you stop it at novella length, and is there any chance we’ll be seeing an extended version and/or more of the characters? 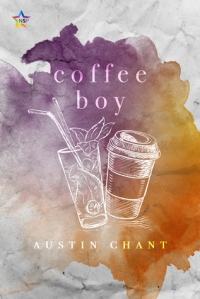 Well, the original version was published in an anthology and had a word count limit (which I still totally went over, oops). I probably won’t expand what’s published now, but I do have tentative plans for a sequel. It would be set significantly after Coffee Boy and be plottier, with more political drama, and look at Kieran and Seth’s relationship after they’ve been together a few years. I like the idea of them growing into a deadly, snarky power couple and fueling each other’s ambitions, and I think it would be fun to see especially Kieran come into his own.

Both Coffee Boy and Peter Darling are m/m Romances with trans main characters, which is probably the #1 thing I get asked to recommend on Tumblr. Do you have any particular favorites to recommend? And is there an aspect to your writing of adding to canon that which we barely see on shelves, or is that just a nice bonus?

My personal favorites are The Burnt Toast B&B by Heidi Belleau and Rachel Haimowitz and A Matter of Disagreement by E.E. Ottoman. There really aren’t a lot! As a trans guy who’s primarily attracted to men, I don’t usually see myself, so writing trans m/m is definitely a selfish thing. 😛 But I also want both cis and trans readers to see queer trans folks in loving relationships. Too often I feel there’s a preference for trans characters who are straight and gender-conforming and those characters just don’t reflect my experiences or the full glorious spectrum of my community. Also, trans guys can be queer as hell and it doesn’t undermine who we are. I don’t think that’s acknowledged often enough.

If I recall correctly, you said something about writing trans f/f…? Aaaand I see it there on your #authorlifemonth To Write list, so don’t even think of hiding it! What can you share about what you’re working on?

Hmm, I don’t want to share too much yet (because I’m still working on it!) but the tentative working title is In Starlight. It’s about Hazel, a young trans woman musician who gets tossed into the spotlight very suddenly and winds up meeting her childhood idol, a retired champion figure skater named Miranda, under not-so-ideal circumstances. It’s coming out from Riptide Publishing as part of an F/F series with some really awesome contributors, and I’m super excited to be a part of it.

The consensus seems to be that us queers are kind of magical and I’m on board with that. I try to live my life as if that’s true.

What’s the first trans rep you ever recall encountering in media? What about the first good trans rep, since I suspect they were not one and the same?

The thing about being a trans man is that when I was growing up, almost all the (very toxic) mainstream representation of trans folks was of trans women, and I a) didn’t realize it related to me and b) didn’t necessarily recognize it as trans because mainstream media didn’t acknowledge that trans folks were a community with a shared identity. My perspective was definitely a privilege in that it kept me from internalizing a lot of the terrible messages that were being broadcast about trans women, though it also left me without any models for who I was. I think the first time I became truly aware of trans people was in fandom, not in mainstream media. The first genuinely good representation I encountered was in queer romance when I started reading EE Ottoman’s work.

While #ownvoices trans lit is growing, it still spent years being dominated by cis authors. What are some clues you’ve seen that the authors writing have not lived the trans experience?

A lot of times it’s the conflicts and the joys. Authors who are imagining what it’s like to be trans tend not to have a great sense of the more nuanced and subtle ways that trans folks experience the world, and when they write transphobia, it generally takes the form of big, explosive incidents—assault, blackmail, etc. Those things do happen in real life, but there are also a million other ways that trans folks encounter a world that isn’t built for us. Gender essentialism is everywhere, and much of it isn’t obvious until you’re trying to navigate society as a trans person.

Trans characters written by cis authors can also fall into the trap of having few defining traits outside of being trans; their central character conflict is that they are trans and the world sucks. That doesn’t make for interesting character growth, and it results in some incredibly repetitive stories. The trans folks I know in real life are a hugely varied group of people who experience transness (and transphobia) in a variety of ways because they move in different circles, have different dreams and ambitions, and have other intersecting identities. A trans farmer is going to have a different set of obstacles and triumphs than a trans marine biologist or a trans schoolteacher, but all that gets flattened when you view transness as a singular experience that creates the same internal and external conflicts every time.

Finally, I’m not sure I’ve ever read a cis-authored description of gender dysphoria (or gender euphoria) that rang quite true. That’s one of the big reasons I’m a proponent of leaving “trans revelation” stories to trans authors; knowing your gender as a trans person is a heavily personal and individual thing, and it’s virtually impossible to write well with only a surface-level understanding of that experience.

Going back to #authorlifemonth for a sec, I see you have a dream of opening a Queer Romance bookstore. A) Hell Yes, and B) What books would you say would be absolute musts for your shelves?

I’m going to let out my fanboy self here and say that my #1 necessity is KJ Charles‘s entire backlist. But honestly, I’d want to get my hands on almost anything in print. I love ebooks, but there’s still something really special about print books, and it makes me sad that more LGBT fiction doesn’t get produced that way. I like a book I can hug and/or throw. I can’t think of anything lovelier than being surrounded by bookshelves full of queer romance.

What do you wish you got asked more often, and what’s the answer? 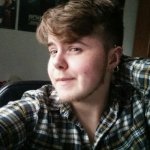 Austin Chant is a bitter millennial and decent chef who grew up along the Puget Sound, ensuring that cold, rainy beaches will forever be part of his #aesthetic. Nowadays, he goes to college in Seattle and lives a double life as a game designer and a queer, trans romance novelist. Austin co-hosts The Hopeless Romantic, a podcast dedicated to LGBTQIA+ love stories and the art of writing romance. He aspires to fill his books with trans characters who get all the love they deserve. His works include Peter Darling, Coffee Boy, and Caroline’s Heart (in the Magic & Mayhem anthology).

Symptoms of Being Human by Jeff Garvin (genderfluid contemp YA)

All links are Amazon Affiliate links; proceeds go back into LGBTQReads.com. All works on this list are from 25-150 pages, for your quick-reading pleasure! (With thanks to the Tumblr Asker who inspired this post and the SFF novella post to come!)